From The Other Place to Another Place 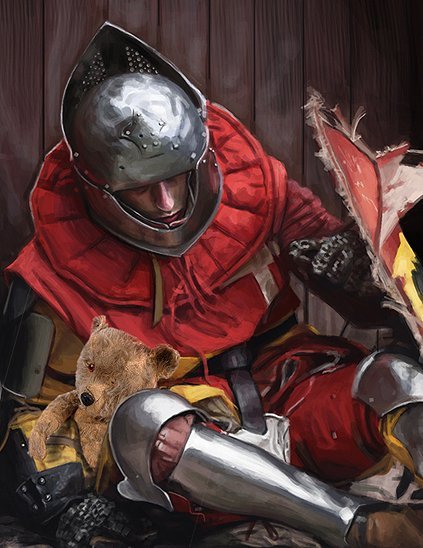 Gilda Shedstecker just closed our production of The Other Place last night. I am so pleased and honored to have received such compliments for my performance of a husband who is losing his wife to the unforgiving nightmare of dementia. It was a role I fell in love with as soon as I read it. I understood the part of Ian, having lived it to some degree. From the comments I heard, I managed to convey real love, frustration, fear, anger, resentment, even humor, and the experience proved cathartic for me, to touch each of those memories in turn and tap them for my use, to make them work for me instead of being at their mercy.

My story is messy. And complicated. And told here, undoubtedly one-sided, but it is as I’ve lived it, as it has impacted me. At this point, no more apologies, no recriminations, no shame. God loves truth, this is my truth, and the lesson is that telling your story frees others to tell theirs, and is part of the cycle of healing. Life is hard, and sometimes in spite of your best, the thorns outnumber the roses.

My situation is not that unusual. I’ve heard it time and again with variations. A small town boy grows up in a Christian environment, full of notions of romance, love, marriage, a family, encouraged and pressured to fit the righteous mold of one man plus one woman equals happily ever after and blessed by God. Nobody wants to be alone, and how is he supposed to know the difference between the attraction he feels and the companionship he discovers in a best friend? The church even approves of the chasteness in the affection he feels for his girlfriend. So it’s a chick flick of a courtship, and how many of us thought that once we started actually having sex on a regular basis, everything would straighten itself out?

Except eventually you grow up and discover that the love you feel for the person you married is not the same as the attraction one feels for a mate. Uh oh. That takes some adjustment, some recommitment and resignation, to maybe not be the happiest person, but to do the right thing, to uphold your sacred vows, to try and pretend that it’s enough. A lot of men do a remarkable job of making their brides feel fulfilled, producing children, supporting dreams, sharing goals, all the while with integrity, compelled to honor a promise of fealty. And 10 years, 15 years, 20 years go by, and our gentleman starts to feel as though he’s drowning, smothered, invisible, and inconsequential. When a basic human need is simply to be known, it’s the loneliest form of slow death to hide from nearly everyone in your life, the people you love the most, the ones who are supposed to love you. They don’t even know a very basic component of your identity.

The times they are a-changing, and while even a few decades ago, a respectable married man would have little recourse but to bury as best he could his unhappiness, these days there are beacons of truth: the progress of medicine and the response of progressive Christianity to better understanding. Now when the pain of staying buried becomes greater than the fear of change, there are resources that provide guidance and reassurance that the attraction one feels for a mate is universal.

So at some point those with a major disconnect in their most important relationship will start the journey to authenticity: “I know it’s hard, but I can’t continue to be dishonest, I can’t shortchange you in this relationship you thought was real, I can’t pretend to be who I’m not and to pretend I feel something I don’t. It was never my intent to hurt you, I did what I was told was the right thing to do, that faith and prayer would solve everything. But they didn’t. And facts show indisputably that they never will.” And the journey to transparency and truth begins.

Except in my case. My wife is the best friend I’ve ever had and I love her more than anyone else I’ve ever known. It took many years to realize that the deep fondness, admiration, and appreciation I feel for her is still not the same, does not equal, the attraction it is possible for me to feel for another person. The ardor my dad felt for my mom, that my father-in-law felt for his wife, that so many men I know feel for their wives, I don’t feel for her. Not because that anything at all was wrong with her, it’s just not the way I’m wired. And at the point that I came to this understanding, that I shared with her my truth and was ready to begin the journey, my uxorial best friend was diagnosed with cancer.

Then there was my turn at major illness, and she became my Florence Nightingale, and then hers again with a cataclysmic car wreck that nearly took her life. And on it went, as we carried each other through infections, surgeries, therapy and recovery, and parenting and raising two wonderful blessings with special needs of their own. But eventually the bandages we applied, the patches we sewed, were not enough to keep the original fabric from unraveling, and the accumulated hurt and injury, and scars, and inadequate time to grieve, to breathe, to heal resulted in a chasm that we could no longer bridge. There was so much pain. And born of that pain was isolation, anger, resentment, addiction and fear until dealing with poor choices that imploded negatively into our family became nearly a way of life.

Finally, there was yet another illness that resulted in my becoming a single parent with the additional obligation of a displaced spouse, and then surgery, a stroke, a coma, and assimilation of a new set of booby traps, and cleaning up more messes, and packing wounds, and — and —

I love my best friend, the mother of my children, more than any other person in my life. But it has been a fierce battle to not allow the wounds this relationship has inflicted to transform me in to someone I am not. I’ve had years of cleaning up messes, holding things together, too many irons in the fire, until my own welfare has become perilously fragile and my identity nearly lost, my armor nearly destroyed. I kept at it far longer than I should have because I needed to be someone’s hero, and if any romance had gelded into desiccation, then I have felt the duty to at least be a caregiver. But now I’ve begun doing the work necessary to repair the damage to myself. And part of that work is to realize that it’s time to leave the pattern that seems insanely resolute.

I’ve been making small but firm steps on my personal journey for some time, my toes have been on the road, but now it’s time to stride. And maybe, maybe I’ll also meet that person for whom I feel the attraction of a mate, but that’s beside the point. For the first time in a long time, I can feel my abdomen relax enough to breathe, to feel a twinge of anticipation for a path possibly different than the pattern set into the pavement of The Other Place, that place where everything surrounds a maelstrom of need fueled by a reluctance or inability to perceive boundaries and limits. It is a choice to reside there, sinking into havoc, but it’s not my choice, it cannot be my choice. And whereas once I felt damned by my failure, I’ve learned that God does not condemn us to suffer. There’s always a choice, and the sin is in choosing not to live.

1 thought on “From The Other Place to Another Place”