Goodbye to the Dream in the Woods 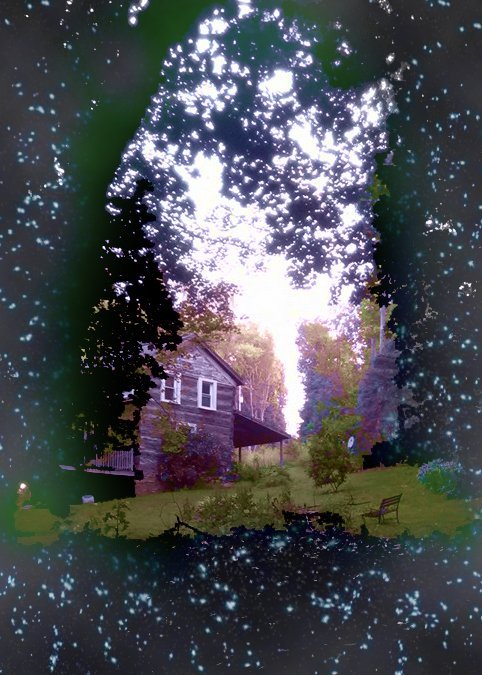 When I started looking at the future a couple years ago, contemplating major changes was stupefying. One of the decisions I needed to make was about my home. I loved my patch of woods in the Ohio country with its 1860s log cabin. I had dreamed of retiring to just such a place some day, and when the opportunity came to own it while I was still relatively young (49ish), it seemed too good to be true. And it was the one place after years of looking at properties that Sheri wanted even more than I did. It was very rustic with its original stone cellar and rough hewn timbers, and it needed a lot of work. But part of my dream was to spend the rest of my life making it exactly the fairy-tale home I envisioned.

But after the trials of the ensuing 8 years, I no longer had the vitality to rebuild that cabin or sculpt those woods. On one hand, my best friend and lifemate was no longer present for the dream and it was easy to make the decision to sell it. But on the other, it was just such a perfect patch of paradise, and I had already put so much into it. I stalled for a year.

And then serendipity did as serendipity does. An inquiry from a former coworker led to a visit from one of his associates. Michael is a young man who looked at the place and saw it through my eyes. He fell in love with the location and his imagination ran wild with the aged cabin, and he began to regale me with what he would do with it. And his vision was uncannily similar to mine, detailing the changes I would have spent my years making if I could have.

It was infinitely easier to let it go to someone who was as smitten as I was, who would preserve its heritage and refine its presence. He will be an able successor to the green we found there. I’m looking forward to a new life for the place I called Sharalane Hollow.

And as my very wise huzzband said to me, “You can have a new dream.” And he was so right. But maybe in my case, I’m revisiting an old dream, because long before I ever found Sharalane Hollow, I had abandoned the dream to go west a lifetime before. And suddenly here I am, in the Mojave Desert and building l’Auberge West at Shangri-LeFey Studios with my perfect partner! Unpacking, creating a new world to live in, sponging up the artmosphere, taking method acting lessons with a pro! Can you believe it?

Don’t ever stop dreaming, my friends. One of my favorite quotes is from A Knight’s Tale: “A man can change his stars.” Believe it!