I believe God’s a Keebler elf. 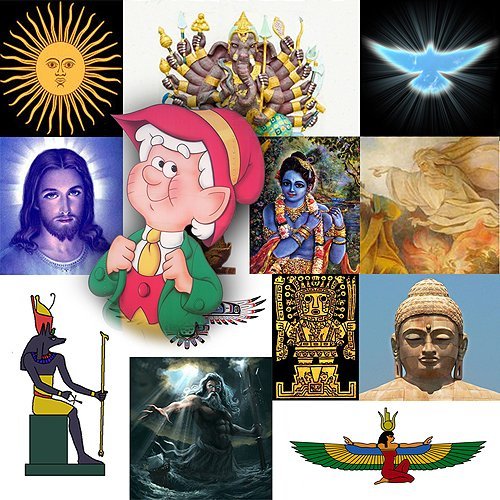 No, not really, but it got your attention, didn’t it? So, a couple of my posts on the Facebook in which I criticize taking scriptural verses out of context prompted a friend to ask, “So what do you believe, Grey?” And the actor in me read this question multiple times, changing the emphasis and giving consideration to many possible queries, as I am wont to do. And I think what’s required is a matter of disseminating information about me to those who know me and wish to know me better. So here goes. Remember, you asked.

I was raised with a basically Protestant theology, although in our family there was a lot more inclination to believe in modern miracles, direct lines of communication with the divine, and faith healings and such. I guess it was fairly Pentecostal and we home churched. We didn’t belong to any specific sect, but we did a lot of study and exploration, and that contributed to a lot of familial interpretation under the leadership of my paternal grandmother. Under her guidance, I invoked the sinner’s prayer for redemption when I was 12 years old. She lived next door to us, and during my adolescence and early teens in particular, I was under her tutelage nearly daily, at least into my sophomore year of high school. About that time, I got a job, learned to drive, got involved with after-school activities, and my availability to my grandmother waned.

As I hit my majority, I started to attend my best friend’s fundamental Bible Presbyterian church (that’s BIBLE Presbyterian, Presbyterian in government but far more reformed and split away from the general Presbyterian Church. BPers will get their noses severely out of joint if you confuse the two). I married her there, and I really became immersed in serious study there for most of the next couple decades, eventually studying with a teaching pastor for election as an elder of the church. We were evangelical and Calvinist, although there was some disparagement on my part for the entire doctrine. During this time I also engaged in a lot of personal study, particularly once the internet became available. I became rigorous in examining the scriptures of the Bible in the original languages of Greek and Hebrew and contemplating the weight of the translations available.

The Bible Presbyterian church during my time there was never popular and in the mid 2000s it closed its doors for good. Looking for a community, I eventually ended up with family and friends in a Baptist church. There was, of course, major disparity in the finer points, but it was Protestant and the people fulfilled the accessory functions of a safe environment, at least for a while. I have to give credit: there were individuals there who were truly caring in the way true Christianity prescribes, but overall it was a social experience that failed when personal crises became dire.

So throughout life up to this point, I was plagued by the inner war of the Christian homosexual: why would God create in me this aberrancy and then condemn me for it?

Now, if you are currently a Christian who believes that anything other than heterosexuality is a sin, then hear this: NOBODY has studied and prayed and sought answers for this situation more than the Christian queer himself, especially if he or she has made the mistake of marrying an opposite sex best friend and has a family at stake. I’ve found it so common to be absurd, the people like me who’ve spent literal decades in obsessed research trying to reconcile how to feel God’s love in this world according to the directives of others – and – not hate themselves. We were told it’s a test, it’s a burden, that we could pray it away if our faith was not lacking, that it’s an illness we could be healed of if we just believed and prayed and confessed enough, and we were also told we were an abomination, a blight, a result of someone else’s sin, our fathers’ negligence, our mothers’ possessiveness, and shame and hate were heaped on us for something that wasn’t even our fault. This story is repeated time and again, and the one comfort we can take from sharing it is that we’re NOT alone, someone else knows the depths of our staggering pain, there are others who are pushed to the brink of despair and have survived. So if you think you’re doing your Christian duty tossing a few verses at us about our disobedience or misunderstanding because obviously we’re operating under the confusion of simple ignorance, then you are an idiot. Really rigorous study shows the subject of sexuality in the Bible is grossly misinterpreted from the original texts, but mostly it only matters to you if you (or a loved one) are not heterosexual and one of the condemned. Moving on.

One thing my grandmother taught me that I’ve always valued: be willing to question your own faith. Because if your belief is wrong, don’t you want to know? And if it’s right, then you can be more sure of it for having challenged it. So many are terrified to look too closely at their faith. Knock a brick loose and the whole house falls. Huh.

In the last decade or so I’ve been faced with some truths that have caused me to really take pause. On a basic personal level, clearly, God doesn’t hate me because I’m gay. That’s bullshit theology twisted and swallowed by so, so many who feel the need to be Right All The Time and are willing to ignore what doesn’t apply to them. And another: one of the greatest is that there are other cultures with religious stories that mirror the tenets of Christianity, that are older than Christianity. These stories include a global flood, an exodus involving parting a sea, god being born as a human savior, and more. I repeat, these miraculous basics of Christianity are not exclusive to Christianity, and they were told in older cultures first. One simple solution would be to doubt the reliability of these reports and just dismiss them without examination. I’m a busy person, right!

But me, being me, here’s what I choose. First, there is nothing supernatural in the world. What we have are unexplained phenomena, and it’s only magic until science explains it. Such has been the way of fire, electricity, flight, medicine, etc etc, etc. Someday, science may explain God, but second: I believe that the Force binding our universe is huge, and I agree that to the best of me, it’s beyond human ken, just as I’ve been taught. I don’t need to have all the answers, I’m good with some mystery. And third: I believe that it’s ludicrous to assume humanity is the top of the pyramid, the epitome of intellectual and developmental existence, and that nothing greater exists. That seems pretty arrogant and foolish. And what helps me to acknowledge some Other greater than I am, is that I feel it, I commune with it, I know it. I’m not threatened if you don’t believe it or you haven’t felt it; that’s your business, and you can’t possibly dictate my experience through the lens of your inexperience.

Structured religion as it’s grown up in the world has been largely geographical. Generations without global mass communication believed as they were taught by those who came before in the lands where they lived, and that was pretty much it. In the lands where there are conflicting religions, it’s common for a religion to claim to be the one true religion, and I personally find that is a particularly human trait. We can’t both be right; if you’re right then I’m wrong, and we can’t have that!! So we have multiple religions claiming to be The One True Religion. But what if, just what if, this Other, this higher universal power, touched down and slummed with people here, there, and everywhere? What if it wrote itself into mankind’s experience more than once? What if the tale were told at different times and places, and the best really juicy chapters made it into each telling? And then you know what happens as the story gets retold and handed down: morph, morph, morph.

I won’t deny Jesus. I invoked him with an earnest desire in my youth that invited a relationship with a much greater power than myself. I still have that relationship after decades of life. But, I no longer hold sacrosanct the retranslated writings that are the basis of human interpretation and insistent teaching that bristles at too many questions. I find those writings hold great truth, but they speak to me individually, and I find other writings to have the same properties. Jesus as I know him is valid to me, a personification of the Great Artist, the maker who is capable of expressing itself through other incarnations if it wishes, interacting with other people and the world in other ways. And I’m suspect any time I hear the warning that THIS is the ONLY way. The world is huge and complicated and full of forces, both explained and not. I find the Artist at the source of it all. Mother, Father, Spirit, Gaia, God, Love, call it whatever makes you comfortable. I believe in the common teaching of most religions: treat each other kindly, as you wish to be treated. Provide help to each other and you honor the Source. That’s the sum of Christianity, right? All the rest, about conforming for the sake of being exclusive or superior, is misinterpretation and misrepresentation, and of the world, not of the Great Artist. I am more spiritual, more open, more at peace, more connected with the Other than at any time in my life. Where I’ve been is all of value, and it is who I am, still on the journey.

If you’ve found a religion that you’re comfortable with and your understanding doesn’t require you to beat others with it, rest there and benefit the world. It’s good. Personally, the best of humanity as I’ve witnessed it comes to the same conclusion, that there’s more than boxes. I acknowledge in particular author Edward F. Sylvia, who I swiped the above graphic from before I goofed it with the elf. Peace, and blessings to all.

Grey Forge LeFey
Goodbye to the Dream in the Woods
Yes, actually, I AM a Girlyman