We all know fear 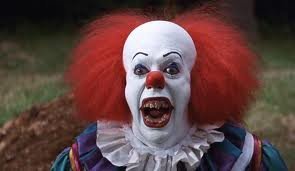 Wow. The world turns, and turns topsy-turvy. I sure didn’t expect the 2016 Presidential election to go as it did, but it really makes me consider the Big Picture. And one thought that I must now consider is how afraid a lot of people must be.

More than anything else, fear is a great motivator. Hell, it compelled me to stay in the closet most of my life, afraid of what bad things might happen if I went against the status quo, afraid to be a disappointment, afraid to be unliked and unloved. Fear kept me in a state of misery, because while I was unhappy, at least I knew the territory and there were no surprises. It’s proven that people stay in bad jobs, abusive relationships, tolerate poor health, because it’s scary to risk the unknown and make a change.

And so I think it must be for a lot of conservatives who are genuinely unhappy with their lot. They can barely make ends meet, their futures are dicey, pensions and retirement plans are a thing of the past. They just want to go to work, come home, and live a stable, reliable life where they have decent medical coverage and get a cost of living raise once in a while, but NO! They haven’t had a raise in years, their deductibles and co-pays keep going up, they’re working harder in downsized situations and they’re surrounded by the ones who lost their jobs. And all this under the leadership of a Democratic president for the past eight years.

But the mistake is, and has always been, people don’t want to dig too deep for a solution. Life is already hard enough, right? The state of the country has always been the President’s fault. It is really too much to have to hold congressmen accountable for all the real work being done in the country, because it’s all we can do to hold our kids accountable, and their teachers accountable. It seems like everyone has to be policed because the standard level of acceptable behavior has fallen so low.

Fifteen years ago I directed a play at the small town High School where my teens attend today. The script contained some mature language that we cut from our production, but even so, the outcry among parents was so bad, we had to recall the scripts from these high school age students, and replace them with hastily transcribed scripts with the offending language completely edited out. And then last year I was astounded to pick up my daughter from track practice at the very same school and hear the coaches swearing as they talked to the kids. How things changed in 15 years! Who is it keeping the coaches accountable, the school board accountable, the other parents accountable? I don’t have time to police my congressmen!

Joe and Janet Average just want their lives to be steady. They want to go to work, do their jobs well, and reap the benefits of their labor, and enjoy their family. But under this president of the last 8 years, none of that is happening. It’s time for a change, because frankly, they’re scared. The Democrats, they promised change 8 years ago and none of it has happened. Their healthcare is uncertain, their jobs could be downsized, their kids get sworn at by their coaches, for God’s sake!

You know what changed last year? The whole freaking country got saddled with marriage equality thanks to the Supreme Court. Honestly, I never expected marriage equality to happen in my lifetime. I was expecting a state by state conversion that could take decades. And suddenly BOOM! there it was, across all 50 states, like lightening. Maybe Joe Average would be OK with gays and lesbians marrying each other if he knew any, but frankly, he doesn’t, and this is just indicative of the change that does happen that doesn’t benefit him. He also doesn’t personally know any transgender or handicapped people, either. And the stuff about women, he ignores that all the time from his brother-in-law, anyway.

So maybe the results of this election are that we all need to take a breath, and work a little harder on getting to know each other. We need to take a little more time and make a little more effort being good neighbors and exchanging information, and learn that we don’t need to be enemies. Because I can clobber anyone over the head with facts and figures, but those statistics don’t mean anything when someone is scared and tired and already feels up against the wall. Maybe instead of waiting for the election campaigns to get nasty and blast propaganda across social media, we need to share information over a backyard fence with our friends and neighbors and throw block parties. And thank each other when we snopes our source before posting. We share the activity and accountability of all our elected officials when they react selfishly and fail to uphold the best interest of their people.

I have to believe that it’s fear and the unknown that motivates people to willful ignorance. I have people who I love dearly who are good people who evidently don’t realize what it’s like to live not just in fear, but in danger. And that their fear consigns so many to be treated as others, less than, not worthy, and at very real risk.

Maybe the kindness thing we can do is say to each other, “What scares you? What are you afraid of today? It’s OK.”

Grey Forge LeFey
for everything a season
Happy Green, Sheri!