Why Are Words of Intelligence, or Lack of Same, So Potent? 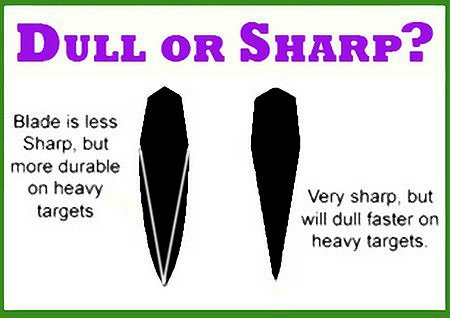 I have a pretty high IQ, am highly educated, and am extremely articulate. None of these facts presupposes any of the others, but they all happen to converge in me. I learned in grad school more than in college to think critically, but now I can’t easily turn off my critical-thinking impulse. I have historically had fairly little patience with people who don’t think critically, but my perspective changed radically when I became the stepfather of two special-needs daughters whose delays are related to the structures of their brains. If they don’t think critically, it’s not because they won’t; it’s because they can’t.

Now, suddenly, I have become  extremely sensitive to language that refers to, or once referred to, IQ. It was always fairly easy for me to use the word “idiot” in everyday speech. Other words, for whatever reason, not so much so.

My husband has pointed out to me that there is—a despicable underbelly, he rightly calls it—of people who fetishize people with [the r-word], and it is so distasteful that I don’t want to know the details. I am taking his word for it. I am not going to discuss such objectification in this essay but will simply talk about how easily the r-word slipped into the vernacular as an insult targeted at people whom it didn’t describe clinically.

These issues have been bubbling in my consciousness for months now, but they came to a head recently in my Facebook life. In one case someone’s relative referred to a former President as a “moron,” and in one case I quit a conversation in disgust because the other person was unwilling to engage in a critical discussion.

If you look at my blog posts from 10 yeas ago, you see that once upon a time I was not a fan of Barack Obama. That opinion changed, and while I became okay with voting for him the first time, I happily voted for him a second time. What I said in response to the relative of the friend was that Obama may be a flaming Liberal, but he is no moron.

(Truth to tell, “moron” once had moral implications as well as intellectual ones, but those implications are long obsolete. This person just wanted to insult him.)

In the conversation that I quit, I commented that the writer had offered an opinion but not a cogent argument. She came back with, “because you say so?” The fact is that there are objective standards by which arguments can be described as cogent or not. Rhetoric is a centuries-old discipline in the West, and its principles long predate me. I knew at that point that I was dealing with someone who could not, or at least would not, engage in a rational discussion with me, and she was willing to resort to personal attacks that accomplished nothing of any persuasive value.

Argumentation is sport for me. I have a pretty good working knowledge of valid logic and of fallacious logic, I have considerable stamina for arguments: they don’t tire me or give me headaches as they do many of my loved ones who are unfortunate enough to get me hooked. What I weary of is people who don’t construct arguments or who resort to claims that are more emotional than rational. I have a pretty good idea why I  value reasonability: I have trained myself to value reason by studying rhetoric, the art and craft of persuasion.

What puzzles me is how quickly the rest of the world turns clinical language into derogatory language. Within decades of its having been coined, you couldn’t use the word “moron” without it being taken as an insult. You can’t use the r-word at all: within half a century or so of its invention  it needed to be replaced in the US, and now if you want to use a clinical word for the condition, thanks to the precedent set by Congress you use the phrase, “intellectual disability.”

I am confused by the fact that I started receiving my political correctness training in the early 1990s, by which time the word “disabled” was being abandoned for “differently abled.” It still grates on me to use the word “disabled,” and I still want to refer to the local board of DD as concerning itself with “developmental delays.” But “disabled” is once again the preferred word (a word that came from the top down, my husband points out, not from within the community that deals with it daily), and I am doing my best to cope with the change.

Especially in a world that is so quick to disparage smartness and education—the world where I was bullied relentlessly as a child because I was a sissy but, more importantly, a smart sissy—the world where Barack Obama is derogated for being Black but, more importantly, smart and Black—why are the words for below-average intelligence so attractive as epithets? In a world where mediocrity is prized, the word that means above-average intelligence may be used as an insult, but always ironically: “Nice work, genius!” The words that mean below-average intelligence always work on their own, with no irony necessary. In general, sharpness of intellect may evoke rolled eyes, but dullness of intellect evokes sneers.

Because I have always been smart, my mind has always been my stock-in-trade. For a long time now, I have stopped imbuing my smartness with any kind of superiority, especially because since early in my adulthood theorists have been describing multiple kinds of intelligence, and I have been aware that my kind is far from being the only one.

Yet the need for superiority seems to persist: intelligence is on a hierarchical scale, and for those in the middle of it, those at the “high” end are to be envied, perhaps, but those at the “low” end are to be derided. And so such words as the ones I’ve described (not to mention “dolt” and “cretin”) have a great deal of derisive power. Even though few of us by the very nature of heaps, are at the top of our heaps, still we persist in stripping others who are not at the top of the heap of their value. I’m sure many people have an idea why; I am not one of them.

The fact is, in the world sharp things are often valuable, but dull things are not without their value, and there are times when dull things are preferable: when I’m cutting wire, for instance, I don’t want to use my razor-edged fabric scissors, and when I set the table I usually set it with butter knives and not steak knives. We all have a place in the world, and not just because of utility. There are times to call upon different qualities, and when those qualities are not being called upon, their sources can be appreciated nonetheless.

Khrysso Heart LeFey
On the Process of Changing My Name
HOW INTIMACY HAS SMASHED THROUGH MY DEFENSES, PART I: A SHORT COURSE IN MY ENNEAGRAM TYPE

1 thought on “Why Are Words of Intelligence, or Lack of Same, So Potent?”