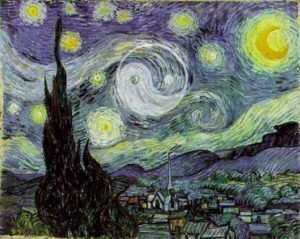 I believe deep in my heart that the universe demands balance on myriad levels. It is a curse for anyone who feels compelled to create, to also have a need to be destructive, yin yang. A great many of us artistic people learn early on to channel that destructiveness internally as it’s the most socially acceptable method, and so often helped along by bullies or authority figures with their own issues. Sadly unfortunate. So we write our greatest poetry, compose our most beautiful music, paint our masterpieces while devouring ourselves from the inside out, expelling beauty from the tatters of our despicable hearts.

I know that. I’ve lived that. I was ready to end that. Fortunately for me, in my desperation I happened upon the most remarkable of counselors who was willing to reteach me a whole lot of crap. It was the hardest thing I’ve ever done, that counseling, and the greatest pain of it all was letting go of the security of the me I knew. I despised that me, but I knew him and was sure of him. The risk of allowing myself to believe something new was inexpressibly terrifying. But I also learned that there is no growth without pain, and that we will not change until the prospect of changing terrifies us less than the prospect of staying the same. It’s the reason people stay in abusive relationships: it may not be pretty, but it’s what they know. It’s why people continue to live in despair: it’s not happy, but at least there are no surprises. But it also requires an extraordinary amount of honesty to change, you have to be willing to be honest with yourself. Most people don’t have the guts.

I’m prompted to post this now because I recently was in the company of a lovely friend who encompasses this difficulty. On one hand they express their enormous pain, but on the other they fiercely argue why it’s impossible to discard the identity that’s been thrust upon them, the only identity they know. My only answer is that their pain is not yet great enough to spur their flight.

There comes a point when a person has to be willing to accept responsibility for the state of his own heart. Powerful stuff. And you must realize it’s not about anyone else, it’s all about you: not your parents, not your partner, not your boss or coworkers. Your energy is as light or dark as you choose to make it. No, it’s not easy, you nay-sayers, but it’s possible. And the world, our world, we’re artists! Have faith, nothing is impossible. But wine takes effort and time, and the choice now is simply to learn not to be vinegar. Your choice. If you want it. Simple truth, nothing bad ever comes from truth. But being willing to see and accept the truth, to let go of that which is dark and safe, not so easy. There’s your threshold. The door is open, step across.

5 thoughts on “Thoughts and counsel 1”